All this week I have been thinking about and praying about the 21 Egyptian Coptic Christians who were recently murdered by the soldiers of ISIS - Muslims who are violent extremists - in Libya. Perhaps you have seen video of this horrible act of violence on the Internet or on television. ISIS released the video last Sunday.  21 black-clad soldiers of ISIS lead 21 orange-clad prisoners along the beach beside the Mediterranean Sea. The 21 Christian men were made to kneel down at the water’s edge. The news sources did not, of course, show the gruesome scene of the soldiers murdering these poor innocent Egyptian Christians, but we know that as they died, most of them were saying the words: “My Lord Jesus Christ,” or “Jesus, help me.”

This martyrdom affected me in a way that surprised me.  Yesterday I was on the phone with a Muslim friend.  I had called about another matter, but when the subject of this horrible event came up in conversation, I suddenly found myself all choked up with tears running down my cheeks. These were tears of sadness, but even more, tears of pride in the victory of martyrdom won by these brothers of mine whom I had never met.  To die for Christ is something I both fear and desire. The stories of the martyrs were a prominent part in my early Catholic education back in the 1950s.  Ever since I was a child, these stories have had a special appeal and fascination for me. My time in Japan, especially my time in Nagasaki - ground made holy by the martyr's blood that flowed there - only deepened my understanding and fascination. A few of the martyrs were my own Augustinian friars and third order (lay) members, both Japanese and foreign born.  More were members of other religious orders or diocesan priests.  The overwhelming majority of them were lay people - some who in the 1700s gave up their lives rather than betray the whereabouts of priests who were serving the underground communities.  Many of the Christians I served there were descendants of these martyrs.  For me, the phrase, "the blood of martyrs is the seed of faith" is not just a nice saying, but a palpable reality.  Proof for me that the "communion of saints" is a living reality.

The fact that this crime was perpetrated by men claiming to do it in the name of Islam, a faith that is not my own but one for which I have great respect because of the Muslims I know as friends, lends another level of complexity to the whole situation.  The men and women I hold as friends, I know by the fruit of their work and the way they live their lives to be good people who love God as much as I do.  And they grieve the deaths of these Copts as much as I do.  Among the many ideals that Catholicism and Islam hold in common, martyrdom is held in high esteem in both religions.

Catholics are warned not to actively seek out martyrdom, but to pray for the grace and strength from God to be able to withstand it. Should the Lord be pleased to call me to such a privilege, I just hope I will be able to rely on His mercy enough so that His strength will see me through.

These Coptic Christians gave their lives for Jesus Christ.
They died because they were Christians. These men are glorious martyrs for the Christian faith.
These men were not Catholics. It makes no difference.

Pope Francis spoke about these new martyrs on Monday, the day after the video of the executions was released:

I would now like to turn to my native tongue to express feelings of profound sorrow. Today I read about the execution of those twenty-one or twenty-two Coptic Christians. Their only words were: “Jesus, help me!”  They were killed simply for the fact that they were Christians. ... The blood of our Christian brothers and sisters is a testimony which cries out to be heard. It makes no difference whether they be Catholics, Orthodox, Copts or Protestants. They are Christians! Their blood is one and the same. Their blood confesses Christ. As we recall these brothers who died only because they confessed Christ, I ask that we encourage each another to go forward with this ecumenism which is giving us strength, the ecumenism of blood. The martyrs belong to all Christians.

In Christianity, martyrs are our spiritual heroes. They inspire us. They make us want to love Jesus more strongly.  In the 2000 years of Christian History, there has been martyrs in every age. Probably none so many as in our present age. Not only the 21 Egyptian martyrs of Libya, hundreds and hundreds have died in Nigeria, Iraq, Syria, and many other nations. Most of them are men and women we never hear about. Earlier this month, Pope Francis recognize Bishop Oscar Romero as a martyr, Bishop Romero was assassinated in El Salvador in 1980.

Brothers and sisters,
As we enter into these 40 holy days of Lent, let us ask all the martyrs who have gone before us to pray for us to God.  We are united with them throught the Communion of Saints!

Let us ask St. Steven the very first martyr to intercede for us with his prayers.
Let us implore Saints Peter, Andrew, James, Phillip, Thomas, Matthew, Bartholomew, Paul, - apostles and martyrs to intercede for us with their prayers.
Let us beg for the intercessory prayers of Bishop Oscar Romero.
Let us ask for the prayers of the martyrs of the 21st century including the 21 Egyptian Coptic martyrs of Libya,

...that during Lent, God might grant us the grace to deepen our relationship with Jesus Christ so that we can give glory to him in the way we live.

Here is a link to a short conversation on a call-in radio program of a man whose two brothers were martyred in this incident:

Liam O'Doherty
Friar of the Order of Saint Augustine (Augustinians). I joined the Order in 1967. Served in Japan from 1977 until 1995. From 1996 until 2008 I worked in telecom and IT, usually in software development project management. Then in May 2008 I returned to the Order. Was pastor of Our Lady of Good Counsel Parish (Staten Island, NY) from August of 2010 until June of 2016. Then Our Mother of Good Counsel Parish in Bryn Mawr, PA until June of 2021. Currently serving as assistant pastor at St. Mary's in Waterford, NY and St. Augustine's in Troy, NY. You may find random thoughts, photos, poems, essays, etc. from me here from time to time.
Newer Posts Older Posts Home
Subscribe to: Posts (Atom)

Liam O'Doherty
Waterford, NY, United States
Friar of the Order of Saint Augustine (Augustinians). I joined the Order in 1967. Served in Japan from 1977 until 1995. From 1996 until 2008 I worked in telecom and IT, usually in software development project management. Then in May 2008 I returned to the Order. Was pastor of Our Lady of Good Counsel Parish (Staten Island, NY) from August of 2010 until June of 2016. Then Our Mother of Good Counsel Parish in Bryn Mawr, PA until June of 2021. Currently serving as assistant pastor at St. Mary's in Waterford, NY and St. Augustine's in Troy, NY. You may find random thoughts, photos, poems, essays, etc. from me here from time to time.

Here's a short video about a poem

楓橋夜泊： Here's a 6-minute video about one of my favorite poems. 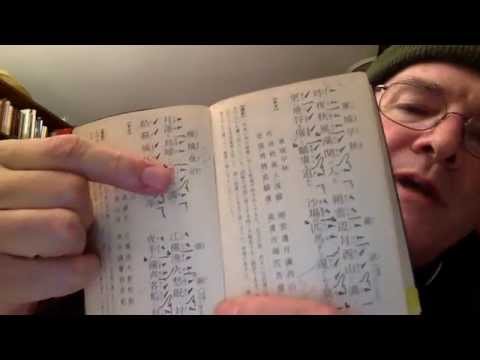